GSSS INSTITUTE OF ENGINEERING AND TECHNOLOGY FOR WOMEN

Accredited with A Grade

Solar power is one of the solutions to overcome the energy deficit in the world. This is one of the renewable energy sources, and the generation of solar power does not have any adverse effect on the environment. Ministry of new and renewable energy, Government of India, is developing Solar / Green cities all over India under the green initiatives. For this, many of the organizations and institutions have come forward to install solar PV power plants which at-least would satisfy the institute power demand.

As a part of its ‘Green Campus’ initiative, GSSSIETW has set up a 200kW distributed rooftop Solar PV Power Plant on the roofs of its academic buildings which is spread over an area of 30,000 sq.ft. The 200kWp plant consists of smaller arrays each having 12 * 6 cells.

The Solar Power Plant, with unique design, consists of 200kWp Solar Photovoltaic Modules, 4 numbers of 50kW Grid Connected Inverters, having a power back up of 125KVA DG set – 01 No., 250 KVA DG Set – 01 No., and 166KVA UPS. In addition, this system can also feed the power back to CESC (Grid) when the internal requirement is less than the generated power

With the solar potential of 325W peak sun hours per day for each panel, the PV power system efficiency of 78%. The estimated plant capacity factor is 17%. More than 60% of electricity demands of the institution will be met by this solar roof top plant. 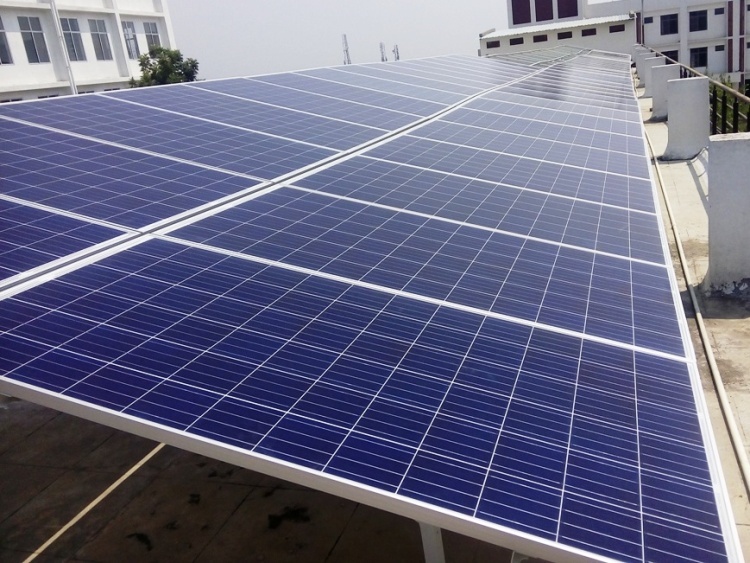 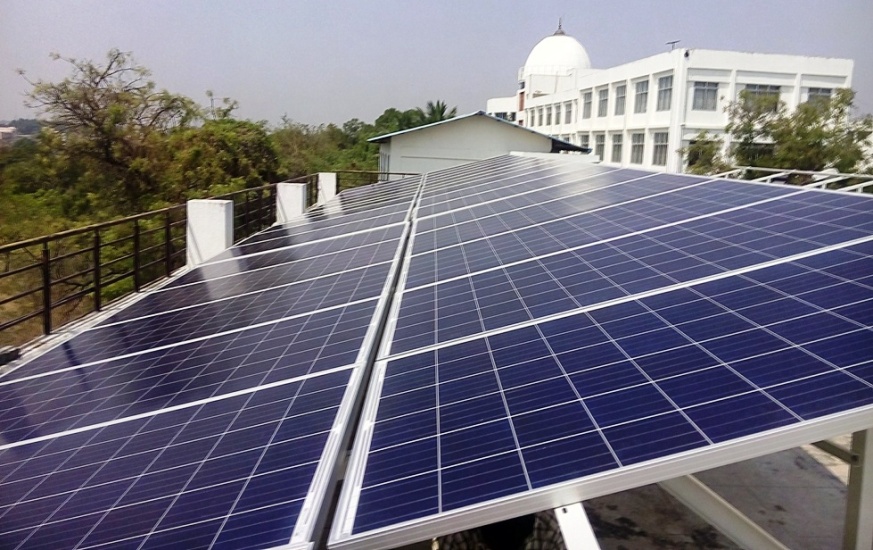 © 2014 | GSSS Institute of Engineering and Technology for Women